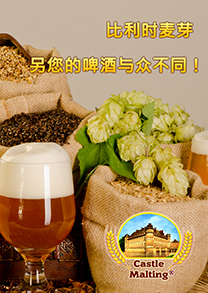 Canada, BC: Stanley Park Brewing Restaurant & Brewpub to open to public in Vancouver on July 29

It’s been a long time coming for the latest endeavour in a legendary space in Vancouver’s iconic Stanley Park, but local residents finally have an opening date set for the new brewpub in the old Fish House location, the Vancouver Courier reported on July 14.

Stanley Park Brewing Restaurant & Brewpub recently announced they will be open to the public on July 29.

This brewpub has been three years in the works – though the storied Fish House had closed up a year prior. In 2016 the board accepted a proposal from Stanley Park Brewing to put a brewpub-style restaurant on the site. And then the wait began.

However there have been numerous complications and concerns raised from various contingencies.

One objection had been focused on the notion of glorifying drinking in a family-friendly park space – though the Vancouver Park Board pointed out that there’s been a restaurant in that space since 1949, and they served alcohol, too.

Then there are those who dislike the company making the beer. This is an objection to Stanley Park the place linking arms with Stanley Park the brewer, the latter of which is actually one smaller cog in the larger machinery of Labatt, which is owned by AB InBev, and the “AB” stands for… Anheuseur-Busch.

But in early 2018, the park board indicated the project was proceeding, and so it did – slowly – and the brew biz transformed the former seafood restaurant space into a modern brewpub.

And summer did seem the likely time for the space to open; at the kickstart of 2019, The Growler included Stanley Park’s brewpub as one of their picks for the 29 most anticipated B.C. brewery openings of 2019.

So the final countdown is on!